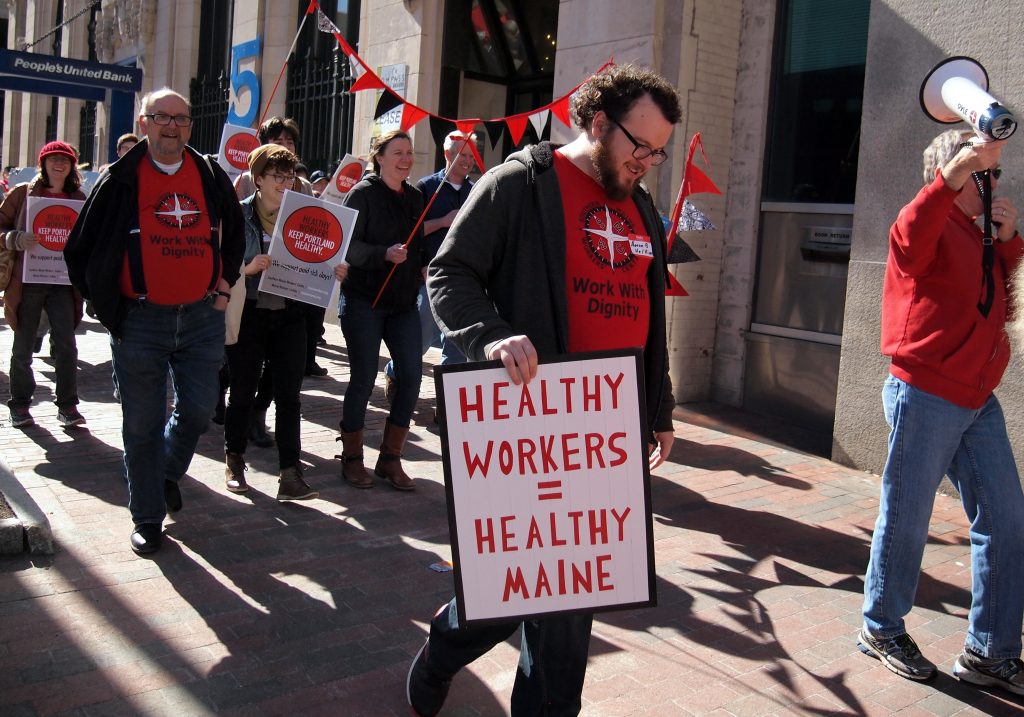 I’ve been involved in the campaign to pass a universal earned paid sick time ordinance in the city of Portland since late June 2017. Over nearly twenty two months, I’ve been impressed by the growth in our coalition and the snowballing of public involvement in the campaign. After the most recent city council hearing, where we heard from fifty supporters of EPSD, I noticed that none of the media coverage picked up on the level of popular support for the ordinance and wrote this letter in response to an article published by the Bangor Daily News. Although my letter fell within their prescribed 200 word limit, they printed it without noting that we outnumbered our opponents five to one at the hearing, and they left out the letter’s last sentence, which directly took city councilors to task for dragging their feet on an issue that voters care about. I believe that the Bangor Daily News’s decision to publish a weakened version of my letter is representative of the media’s general failure to report the full extent of public support for earned paid sick time. My original letter appears below:

I attended the recent Earned Paid Sick Leave hearing in front of the Portland City Council. I’d like to supplement your coverage of the hearing (see here) so that readers better understand the issue. First, large employers’ concerns about losing their PTO policies are unfounded. The Portland ordinance allows businesses to enact an equivalent PTO policy. To quote section 35-2(h): “If an Employer provides paid time off to employees under a PTO, vacation or other policy that complies with [the EPSD ordinance], the Employer is not required to track and keep a separate record of accrual and use of earned sick time”.

Second, your article failed to convey the magnitude of grassroots support for this ordinance. On April eighth, fifty people testified in support of the ordinance, and only ten in opposition. Supporters were workers, parents, small business owners, and union members. Having watched over fifteen months of deliberation, we are ready for the council to vote on this important public health measure. Testimony at the previous two hearings suggests that Portland voters care about Earned Paid Sick Leave. In November, we will remember those councilors who, without regard for public opinion or public health, decided to “wait for the state”.