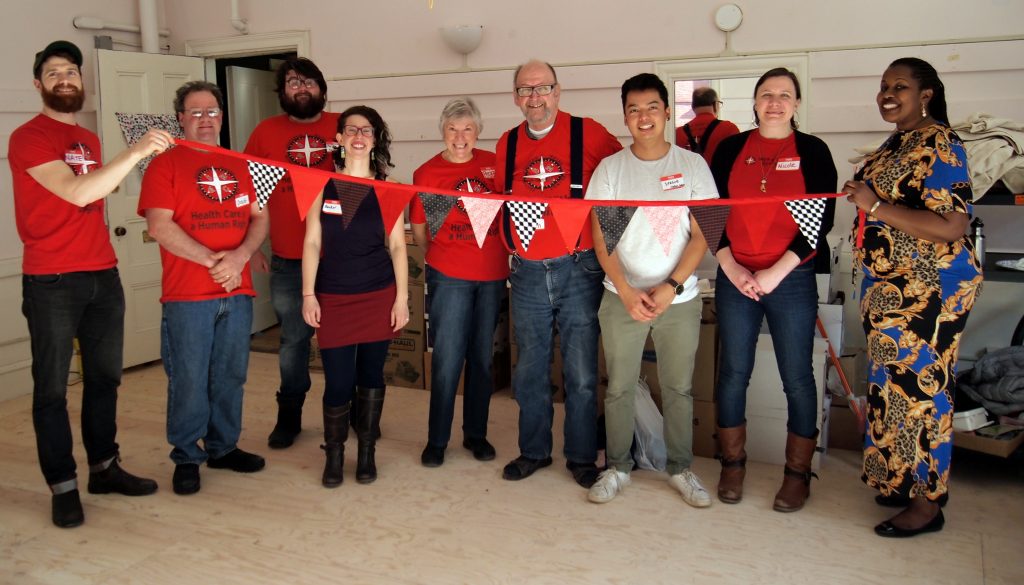 On Monday, the Portland City Council voted 5-4 to reject an ordinance that would have guaranteed earned paid sick days for all Portland workers, regardless of whether they’re part-time, temporary, per diem, or seasonal. City Councilors Spencer Thibodeau (who is running for mayor), Justin Costa (who is also running for mayor), Jill Duson, Nick Mavodones, and Kimberly Cook voted against their colleagues in the Health and Human Services Committee by not supporting the 15 months of work they put into writing an ordinance to meet the unique needs of Portland’s workers and families. They also voted against their constituents, who consistently showed up to hearings in overwhelming majority to the opposition. Workers bravely organized and advocated for the right to earned paid sick time.

Immediately after the hearing, Arlo Hennessy of the Southern Maine Workers’ Center (SMWC) reflected to supporters gathered outside Council chambers, “Only two city representatives tonight talked about working-class people. It was Councilor Belinda Ray and it was Mayor Ethan Strimling. That is unacceptable.”

“What we saw in that room tonight does not represent our values as a city,” said SMWC executive director DrewChristopher Joy. “They are afraid of the fact that we have organized. They are afraid of the fact that working class people in this city are rising up. This is not an end to the conversation. We will not stop fighting for working class people, for people of color, for women, for trans and queer folks in this city. We will fight for economic justice.”

The vote preceded passage of LD 369 through the Maine Senate, with amendments penned by Governor Janet Mills, which ignores much of the coalition work that went into drafting the original bill. An estimated 9 thousand Portland workers will be left out of the state bill, including some who started this very campaign. The amendments would also block local municipalities from implementing their own paid sick leave rules, a process known as preemption. Preemption is not beneficial to Portland workers as it allows no way for the city to choose to implement a paid sick days policy that will cover all workers–as the local ordinance would have.

The dissenting members of City Council are clearly showing their hand as being on the side of the Chamber of Commerce, MaineHealth, and Wex, the big business entities that have fought against the campaign from the beginning, rather than Portland’s low-wage workers, the true backbone of our economy.

We are thankful to the more than 40 organizations and businesses in the Keep Portland Healthy Coalition and the coalition working with Sen. Rebecca Millett for shepherding LD 369 through the legislative process. We urge Gov. Mills to strike preemption from her amendment, and we call on the Portland City Council, the Portland Delegation, and the Joint Standing Committee on Housing and Labor to oppose this dangerous precedent. While we celebrate steps forward on this issue, we have always advocated that earned paid sick days are a universal right for all workers and we will continue to do so.