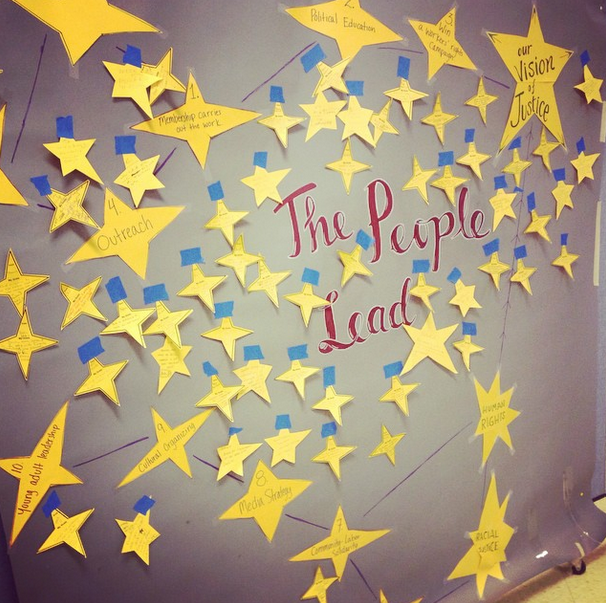 In 2006 the Southern Maine Workers’ Center (SMWC) was founded by the Southern Maine Labor Council (SMLC) delegates from a broad range of unions. Their intent was to create a worker-led movement to improve the lives, working conditions, and terms of employment for Maine workers, focusing primarily on low-wage workers, young people, immigrant workers, and people of color. SMWC continues to be a close ally of SMLC.

The past few years have brought exciting transformations to the SMWC. At the 2013 annual meeting, we adopted a set of human rights principles from the Vermont Workers’ Center and began using these principles of equity, accountability, transparency, universality, and participation to guide, prioritize, and evaluate our work. We also formed our two programming committees–Work With Dignity (WWD) and Health Care is a Human Right (HCHR)–that build power and leadership among Maine’s workers to advocate for social and economic justice. At the 2014 annual meeting, we became a membership organization, increasing the democratic power and involvement of volunteer members to fight for the human rights of all Mainers.